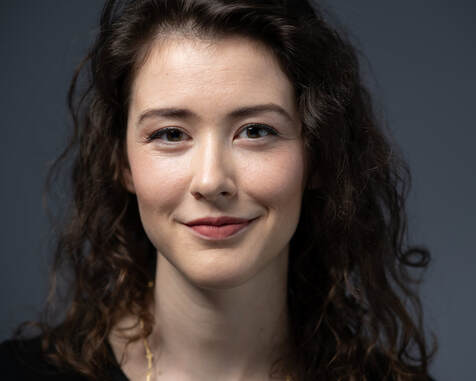 "Dido is an opera that lends itself readily to a young cast: its only known performance during Purcell’s lifetime was at a girl’s boarding school. The singers here may have been past boarding-school age, but only just, and they seized their opportunities with winning enthusiasm."

"Marie Marquis’s bright, perpetual smile [...} bespoke the abundant energy she brought to her singing, and the voice itself vibrated with youthful excitement."

"But most memorable over the weekend was “Helen Enfettered” (2009), by Kate Soper, a Tanglewood fellow in 2006. (It shared Sunday evening’s program with Andrew Waggoner’s “This Powerful Rhyme,” a leaden 2005 arrangement of Shakespeare sonnets for speaking actors and ensemble.)

Set to a section of Christian Bök’s book “Eunoia,” each chapter of which includes words with just one vowel — “e,” in this case — “Helen Enfettered” was a surprisingly poignant reflection on Helen of Troy, using an ensemble of eight, conducted by Aram Demirjian, to create a soft, eerie sound world that rose to sudden rumbles and shudders. The daunting score calls for the two singers to hiss their sibilants; intone in solemn, high, precise unison; cry out “hell’s bells” in forbidding full voice; and even to speak. All this and more was done with extraordinary virtuosity and elegance by the sopranos Marie Marquis and Angela Vallone."

The clear show-stoppers, though, were the two vocalists, Marie Marquis and Angela Vallone. [...] Even though they sang in different registers, the similarity of their timbres enhanced the sensation that one or the other of the two parts was a sort of “shadow side.” Soper’s vocal writing is unsettlingly clean, and the singers displayed an evenness of tone that is of paramount importance to the vocal line. The two sopranos met the challenge, singing with a full, direct sound and supple phrasing.

"The voices, though, were consistently strong. Two sopranos. Marie Marquis and Devony Smith, and a mezzo, Kimberly Feltkamp, blended seductively with Ms. Levis in the vibrating close harmonies of Daniela O. De Matos’s “Encounter,” one of many world premieres on the program."